Meet Elisa, our fresh new 21 year old multimedia talent who’s finishing off her studies at Eikon in Fribourg. She’s a skilled designer and editor, and pretty damn handy with a camera, so we’re happy to get her in the mix this season. This is her story from her first day on the job… 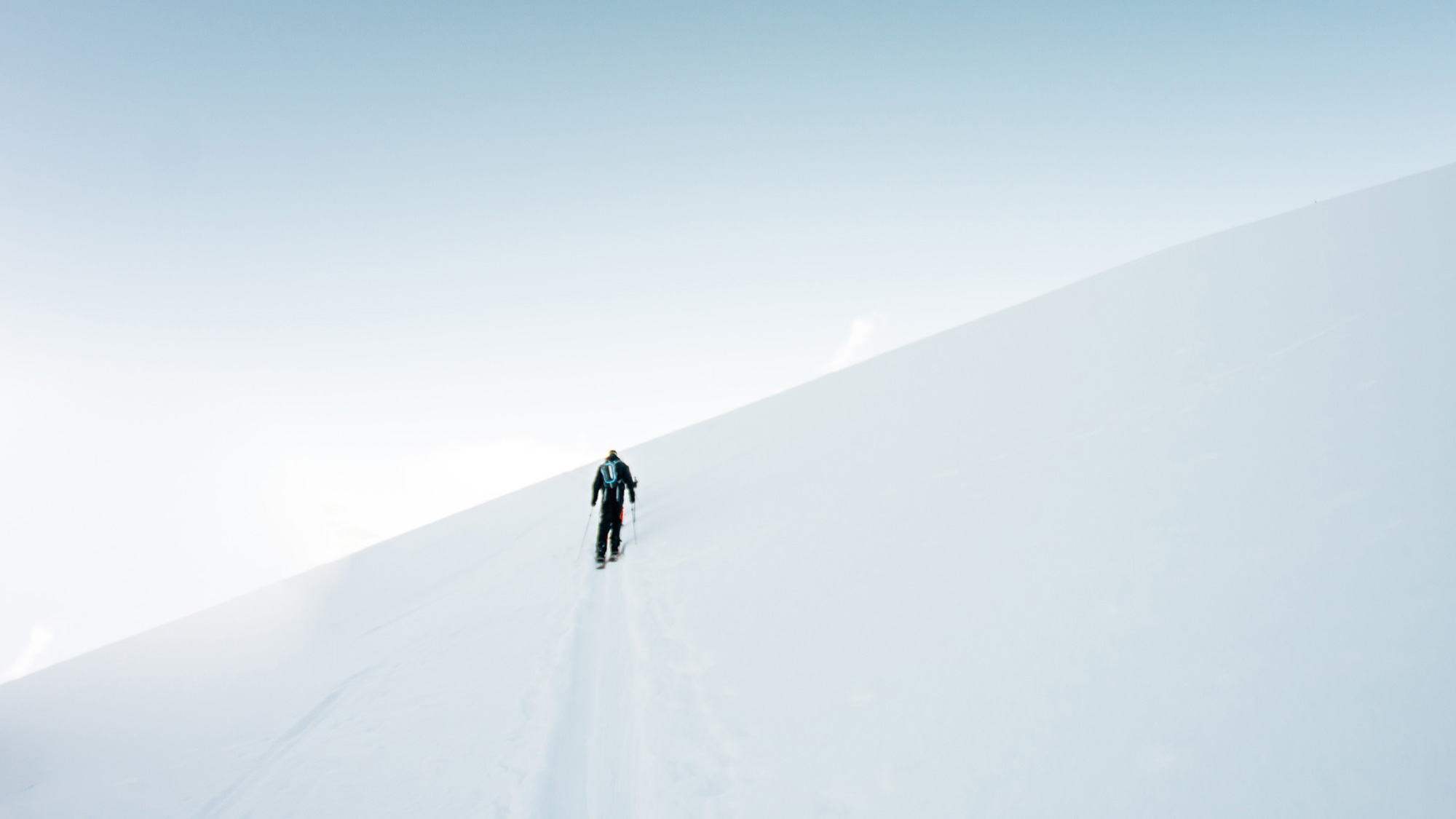 Last week was the beginning of a new adventure. My first day on the job with Whiteout began with a two day splitboard trip. I’d never tried splitboarding before, but how could I refuse when Rip Curl extended an invitation to join them on an adventure, just over the border in the French Alps.

The aim was to test out Rip Curl’s new collection, while spending a good time together. Plum was there as well, with new splitboards to test, so we got to try their material on the climb up. They introduced their technology, which was pretty interesting, coming from a small family brand that manufactures everything locally. The weather was good, the crew was motivated, it was time to go!

700 vertical meters and two hours of skinning later, we arrived at the Refuge du Bostan. The climb was a good first experience for me and I have to say that splitboarding came quite naturally. It feels so good to make an effort and finally reach your goal. In our case, that turned out to be a lovely refuge in the middle of nowhere, with no shower and no connection, but some fresh drinks waiting inside. When you work hard, you appreciate everything more.

The evening went well. The guys from Rip Curl gave us a lot of technical information about their new collection. I listened carefully. It’s pretty interesting to understand the work of others, since most of the time you’re mainly only thinking about your own work.

Aside from the Rip Curl guys, I met a mountain guide, a beekeeper and a pro snowboarder. In the mountains, relationships feel closer than anywhere else. You get to know each other a bit better, hearing all of the stories, while sharing a fondue and killing a couple of bottles of red wine together. We ended the day watching the new movie from Sam Favret, « Waking Dream » keeping these great images in mind before falling aslee… z Z

Snorers slept well, the others slept less. At least the next morning we were all reunited for breakfast before preparing for the next stage of our climb. Emilien Badoux, a former winner of the Freeride World Tour, started off the day by leading a yoga session. I found it particularly interesting when he explained that because of yoga he doesn’t feel like he needs drugs anymore. In yoga he’s able to find this feeling of absolute well-being, which contrary to drugs, belongs to you. Looking at the sun and breathing the fresh air of the mountains, it felt good to start the climb again.

Step by step, you know you feel at home when you make the first tracks on fresh snow. It didn’t take long before Emilien found a couloir that he wanted to ride. This was the perfect occasion for me to try out some of my new camera gear. The rest of the crew continued their climb while I found a spot to capture a slash before the couloir. When I was prepared with my gear, I thought « So… Here I am. This is my job! » Being in the mountains, on fresh snow, always accompanied with my camera, shooting beautiful stuff. I felt good, once again.

When we reached our second spot to shoot Emilien in the couloir, some huge clouds came to disturb our plans. We couldn’t even see the line anymore. Mother Nature is so impressive and unexpected sometimes. She governs everything, decides everything. You can’t do anything against her. She changes your plans all the time but I also love to capture her darker moods. Then she decided that we were patient enough to let us shoot our line and the clouds went away.

Two turns later, all that was left of Emilien was his track so it was time for us to repack everything and prepare for own line – our small reward. Time is always on a delay when you’re shooting. You’re always either a step ahead or a step behind. But that’s our job. You’re never in the pictures. You’d better be sure you know what you’re doing, cause you’re the only one responsible. If you didn’t get your shots, that’s your problem. Even if this job seems to be cool and chill, our creativity should be on point every day, at every adventure, whenever mother nature is ready. Sometimes you’re ready but some other factors are not, so you’re getting frustrated. And sometimes you’ve got some beautiful surprises. You were in the right place at the right time, you were lucky, and you’ve got this crazy shot that you were waiting for, or that was unexpected. Then you’re whooping and smiling, knowing why you’re doing this job. Because it brings you so much joy, and you wouldn’t change it for anything in this world. This feeling is the drug.