It’s no secret that we’re big fans of Lionel Moerch’s filming and editing. With his latest project, he does a great job capturing the vibe of his crew. Watch it and then read on for a little interview with Lionel and his partner in crime, Maveric Rial.

Hey boys, we’re stoked on what you’ve done with Journal! Can you tell us where the name comes from?
Lio: The name was born a year ago. We wanted to make a movie focused on the vibe, telling anecdotes that happened when we were shooting in the streets. JOURNAL is a general word which means a report of facts. Simple and efficient.

What’s the story with your “Dad Cam”?
Lio: Everything started from the Dad Cam. This is a quick and easy camera from the 2000’s. Our idea was to use it as a diary all winter long, to capture the atmosphere and all of those crazy and great moments we had while making this movie, and then mix it all together with the snowboarding shots. We wanted to show why we persist in spending hours on spots, hurting ourselves, trying again, only for sequences of a few seconds. Haha this is passion!

So true! How many days did you guys end up shooting last season?
Mav : All of the guys involved in the project have a full time job so we went shooting on week-ends, holidays etc. We finally needed around 20 days for the whole movie. During the trip to Montréal, and all of rest of the season, we went back home with shots after almost every session. It was actually a pretty good winter for us!

Really? I think you’re the first person to say that. How did the whole lockdown affect you guys?
Lio: To be honest we might have been the luckiest guys I think ! We went to Canada 3 weeks before the airports closed. Then because of the lockdown, I had 2 months at home without work, so I took my time to edit the movie. And finally we made our Premiere the last week-end before everything became prohibited again few weeks ago.

That is really lucky! So other than you guys, who else is featured in the movie?
Mav: When Lio told me about his idea, I was in directly! Then we invited Pierre Clivaz and Fred Couderc to some spots. We also caught up with Igor Wandfluh and Jonas Thiemard. Not as much as we wanted, but it’s always a pleasure to shred with them. Hope to see them more this coming season. Oh, and we also had Elliot Maire the Jib Master on a spot!

Of course the photographers involved were also important! Big shoutout to Mathieu Guery and Vincent Bapst, two big bosses of the project! Also thanks to Kuno Egli for that rainy but efficient day in Morgins, and Antoine Beguelin for this crazy day in Chaux-De-Fonds… haha!

There’s a big story about your Montreal trip in Whiteout 49, so we won’t get too deep into that here, but can you tell us where else you were shooting?
Lio: We were mainly in the famous Chaux-de-Fonds and in Wallis for higher spots because of the lack of snow, which seems pretty usual now. We also searched around the rest of Switzerland for a few spots.

Shooting street isn’t always easy here. Can you tell us about one spot that was a real struggle?
Mav: Haha you’ll read crazy stories from our trip in Montréal in Whiteout 49! We also lived weird situations here in Switzerland… I remember a day in La Chaux-De-Fonds when so many things happened. To make it short, I got hit by an old man at 9 am on the first spot because my speed track started a little bit on his private road. Then the boss of the factory in front of the second spot gave us tones of pallets to make our drop in, offered us food, and let Lio shoot my trick from inside of his factory, through the window. Finally I broke the Vincent’s camera when I was celebrating my trick with the homies a few minutes later. Too many emotions on that day… haha.

Wow… So what are your plans for this season? Will there be a Journal 2?
Lio: It’s pretty difficult to think about the future these days in this situation.. We’re now about to close the Journal page, then we’ll think about what will come next.

Mav: Journal 2? Sounds good! We’re really down to make something!

Anything else you’d like to add before we wrap this up?
Lio: Grab your biggest beer and go watch JOURNAL on your big TV screen !

Thank you Whiteout for the support !

Thanks to you guys! And big thanks to Mathieu, Kuno and Vincent for the photos! 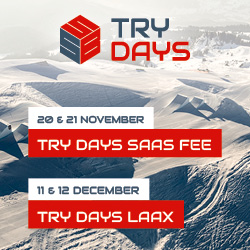