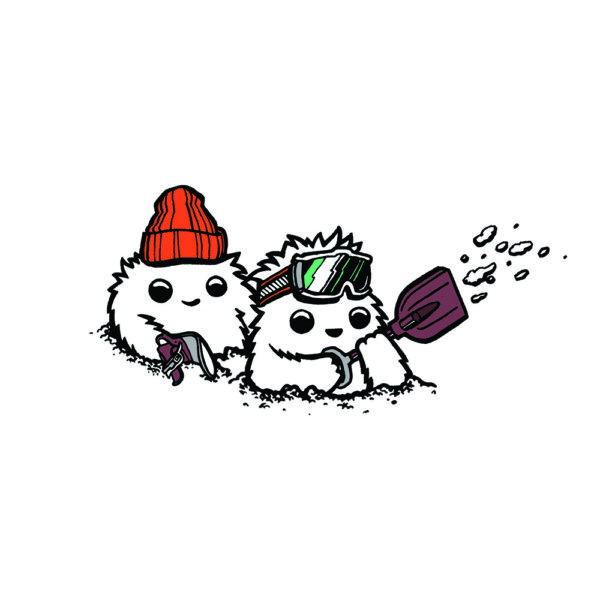 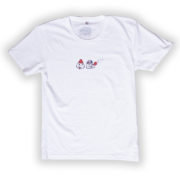 Mike “Aemka” Knobel is pretty much the ideal guy for a project like this since we really can’t decide if he’s got more talent with a snowboard on his feet or a paint pen in his hand.  But you probably already know his work because he’s been contributing illustrations to Whiteout for years and has been involved in a lot of art projects in the Swiss snowboard community, ranging from outerwear designs to live painting. However, you might not know all of the stuff that you’ve seen was done by Mike because his style is eclectic… to put it mildly. So we really didn’t know what we’d end up with when we asked mike to design a shirt for us.

What came back was a full on monster invasion and we love it. Mike’s crew of Munchsters seem right at home hanging out under your chin and while we’re pretty sure they’re mostly friendly, we can’t guarantee that they won’t bite.