Olma: this venue is associated with hangovers for many people in the region, due to the famous fair in fall. But thanks to the Laax Surf Club, the Olma venue can be associated with a great rail contest from now on.

Mojo, Linus and Yannick, the members of the infamous Laax Surf Club (LSC), had the chance to organize a rail jam. The LSC rail battle came to life as part of the “Grenzenlos” holiday fair in St. Gallen. After a show event on Friday, qualification and best trick contests took place on Saturday and semi-finals / finals were held on Sunday. The top five riders from Saturday’s qualification competed with the invited riders for eight spots in Sunday’s final.

The majority of the riders were either from the eastern part of Switzerland, or the Netherlands. Kevin Trammer from Belgium also showed up and showed us how it’s done. Stéphanie Kauert was the only girl. Big props to her!

A down rail and a waterfall rail were the options for the riders. And those weren’t just any rails, they were two of the bright green original rails from Laax!

Since we knew that contributing photographer Kuno Egli had lived in St. Gallen for some time, we sent him back to town to shot some pictures. 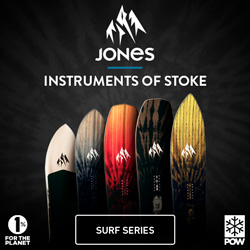 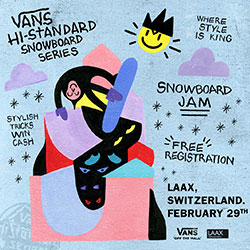