Every year we try to get a fresh look at the Laax Open through the eyes of an upcoming photographer. This year we tapped Jonas Gasser to cover it. Scroll on for a little interview and a lot of great photos…

Hey Jonas, now that you’ve had the full experience what are your thoughts on the Laax Open?
Till now I always saw the Laax Open as the X-Games of Europe. So of course it was always a dream of mine to be there. But it was never possible for me to go as a kid and stay there for the whole week. So I grew up watching the Open on TV. But now, having the possibility to go and be a part of it is like a dream come true. It is a big ass event, organized perfectly and the biggest names in snowboarding are in the resort for it. It’s kind of a never ending party, both on and off the hill, which reminds me of the 90s and 2000s culture that I thought snowboarding might have lost as it’s become more professional. 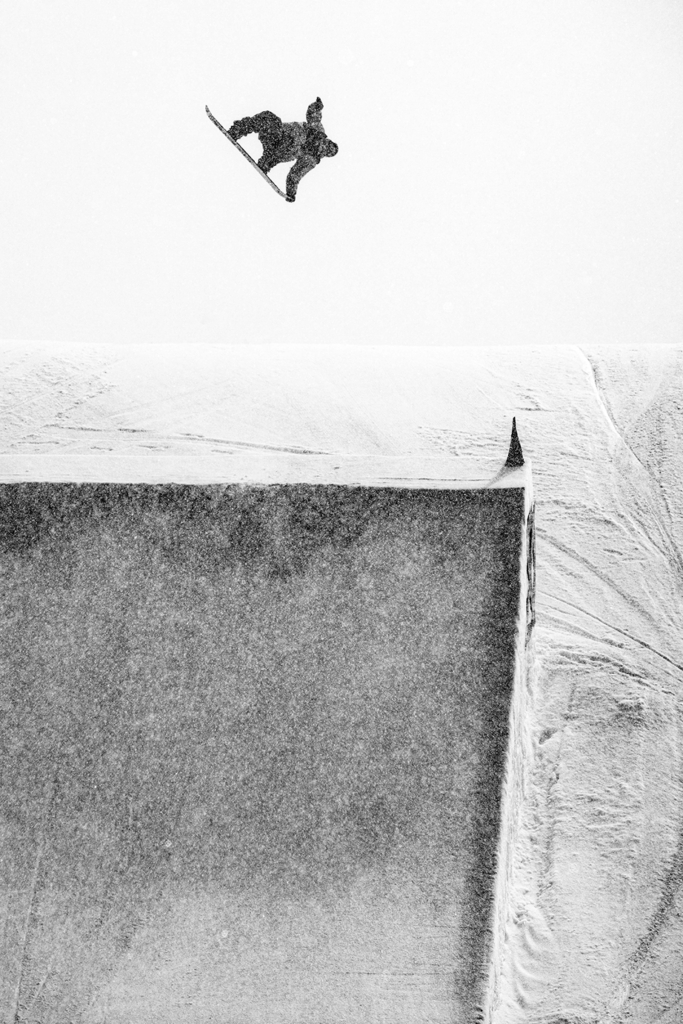 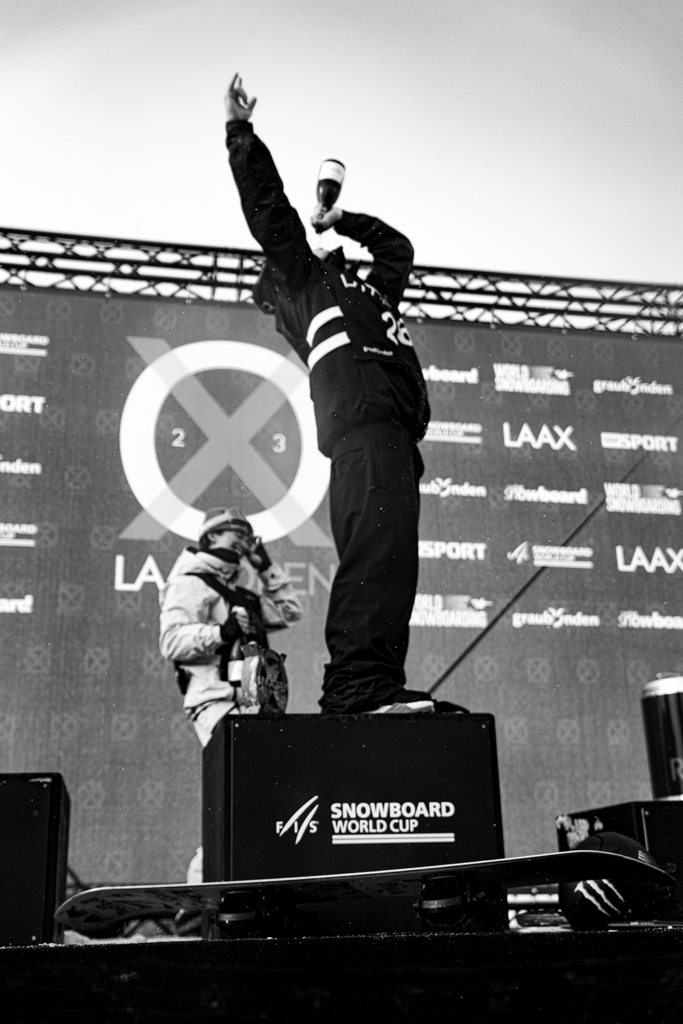 Rene and Dusty... Maybe not always 1st on the podium, but you can't touch their style.

Who were the riders that impressed you the most?
The creative guys like Dusty Henricksen and Rene Rinnekangas who change up the game in slopestyle all the time with crazy axises and so much style. But there are also riders who stay true to the good old stylish tricks that never get old. Kaishu is a good example. The first time that I saw him was at Hell Week in Crans Montana and he just blew my mind with a backside air three times as big as every body else. He had a full face mask, fast sun glasses and this new era punk style that I love in snowboarding. An other rider who I was hyped on was Scotty James with his fucked up switch McTwist japan. Danny Davis brought that one back, but now Scotty has really taken it to a new level. But I have to say that I was the most surprised by Valentino Guseli, who just delivered! Riding so much intense slopestyle and halfpipe in the same week is just mind blowing. I’ve never seen a guy who can handle both disciplines like he does.

What was your favorite moment?
For sure when the pipe contest on Saturday was finally cancelled and replaced by a jam session. Instead of the same super technical runs that we saw in qualifications, everybody had the chance to show the the tricks that they actually enjoy the most. It was like flashback to a time where everybody was just doing their thing and didn’t give a fuck about what the judges wanted. Especially the snake-style runs from Valentino and Kaishu… I’ve never witnessed such a big air in person!

You got a lot of nice shots, but I’d like you to pick one of your favorites and explain what you like about it.
I’m gonna go with the backside air from kaishu (above). The composition is really clean, not showing the crowd and the background, but keeping the focus on the coping, black night and the highlights on Kaishu, which were lit from behind by the floodlights. I wanted to show the simplicity in that wonderful trick without the noise of the whole contest. 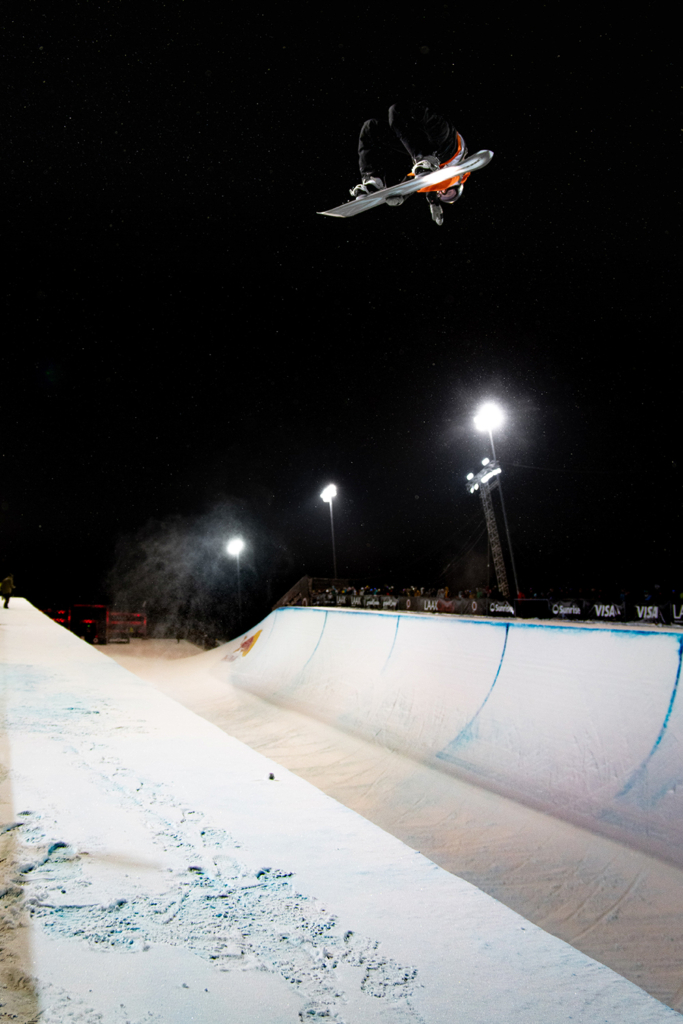 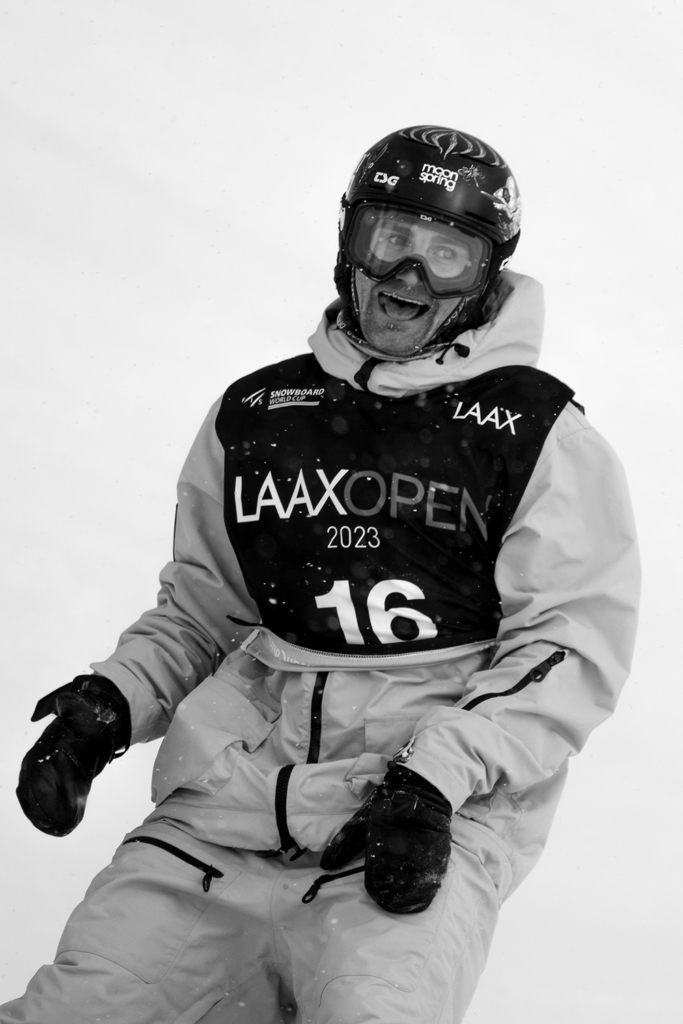 Jan Scherrer and Nicholas Huber didn't podium this time, but they'll be back.

Who are some of your favorite photographers?
My overall favorite is Darcy Bacha… especially his work with Kazu Kokubo. Every shot I’ve seen from him is just perfect. On the other hand I also have a lot of role models here in Switzerland, like Silvano Zeiter and Thomas Stöckli aka Creager. They are guys who I look up to and I see as role models — especially Thomas, who I’ve been riding with and who’s shared some good advice about snowboard photography business.

You also shoot a lot of video. Is your process quite different when you have a photo assignment, or is it pretty similar?
I usually only work in video with my friends and don’t work on big projects my own. It’s kind of a hobby and I am not really interested in commercializing it. When you get a bigger production you get slower and you can lose the flow in the group. Setting up a shot for 20min just isn’t for me. That’s why I actually like photography more than filming, because it’s more flexible and you stay with one rider, not being that guy in the crew who is running after everybody. But actually my style of filming and photographing isn’t too different. I’m usually drawn to the same angles and then decide what works best for a new and creative project.

The park was in amazing condition, but this year has been so bad for snow. How is it possible that you and Adrian found some pow?
Adrian and I are a well coordinated team, so we both know what want before we even speak. Normally we are always the first people on the mountain, so we try to find spots where nobody thinks about riding. So it’s true, we actually found some fresh wind lips to play on in the side country of Laax. It’s kind of a standard joke to be able to brag to friends that we are the powder finders.

There’s a lot more going on at the Open than just the snowboarding. What was your favorite moment off of the mountain?
For sure the shows in the valley. They did a great job of organizing a nice stage with great artists. The banger for sure was Delinquent Habits, who played a great show. But there was also a fun mosh pit at the Cari Cari show after the halfpipe session on Saturday. I never have to search for motivation for moshing when Adrian is with me.

Thanks for coming and covering the event for us Jonas! Any last words?
Don’t wait in front of the rails, @LaaxJibbers — fucking shred that P60 from top to bottom like a maniac!